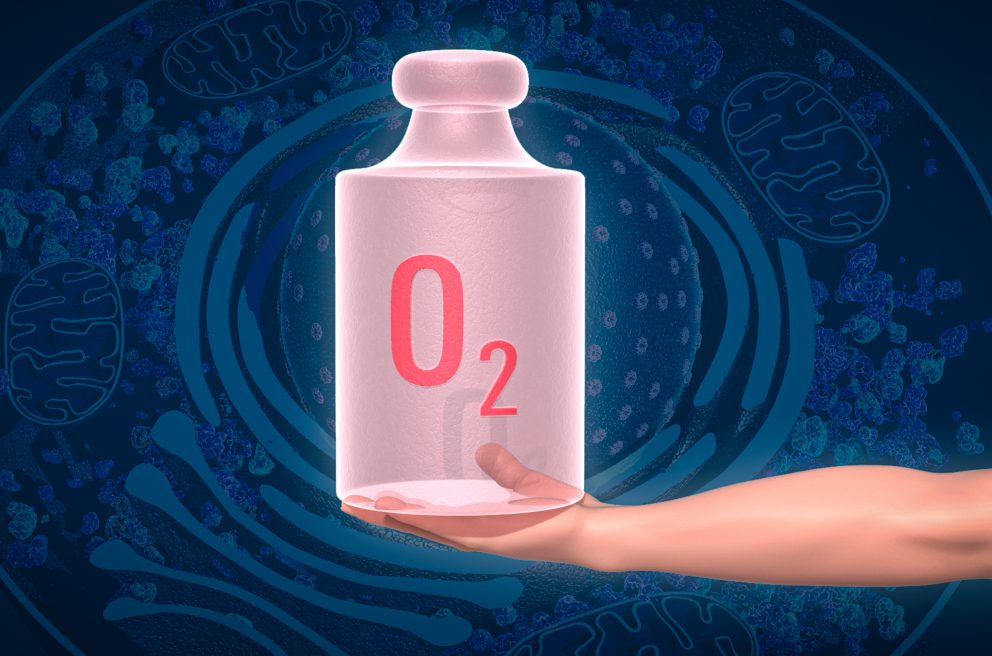 The 2019 Nobel Prize in Physiology or Medicine was awarded jointly to William G. Kaelin Jr., Sir Peter J. Ratcliffe and Gregg L. Semenza for their discoveries of how cells sense and adapt to oxygen availability. Oxygen is fundamental to life in many different and even unexpected ways. It is essential to convert food into useful energy and it is of fundamental relevance to regulate cellular metabolism and physiological function.

The discoveries of this year’s Nobel Laureates has established our understanding on how oxygen cellular levels regulate these adaptive processes. They revealed the mechanics of this vital adaptive process and opened the way to promising new strategies to treat anaemia, cancers and other pathologies.

Oxygen sensing mechanisms react to low oxygen levels (hypoxia) at cellular level increasing the production of erythropoietin (EPO) in specific kidney cells. This means that in cases of chronic kidney disease the inadequate erythropoietin production can lead to severe anaemia. Gregg Semenza and Sir Peter Ratcliffe studied different aspects of oxygen regulation of the EPO gene at cellular level. Semenza identified a protein complex, the hypoxia-inducible factor (HIF) and the genes encoding HIF. This put us in the direction of the relation between chronic kidney disease, anaemia and the aforementioned discoveries. Another investigator, William Kaelin Jr. found out that patients with the genetic disease von Hippel-Lindau’s disease (VHL) have mutations in the so-called VHL-gene. Cancer cells lacking a functional VHL gene demonstrate abnormally high levels of hypoxia-regulated genes. It was later confirmed by several research groups that VHL can interact with the HIF. Such interaction is required for normal regulation of cellular functions in response to oxygen levels.

Sadly, we do not have the time to expand on the extraordinary work of these three Nobel Laureates. It need only be said that their research was of paramount relevance to help us understand how oxygen at cellular level is both important in physiological and pathological situations. Varying oxygen levels regulates the ability to adapt to many situations, among others, intense exercise, metabolism, embryonic development, immune response, altitude adaptation, respiration, blood vessel formation. It is acknowledged that oxygen sensing is important in many conditions such as cancer, stroke, infections, wound healing, myocardial infarction and anaemia.

How kidney disease relates to this 2019 Nobel Prize? Anaemia, secondary to chronic renal disease, is due to a decrease in EPO expression and hormones produced mainly by kidney cells. Until it became possible to synthesize recombinant erythropoietin some thirty years ago, anaemia was treated by blood transfusion. This discovery revolutionised treatment of anaemia associated with chronic renal disease. Such treatment must be administered either intravenously or subcutaneously. Some patients are resistant to EPO. The need for high doses of EPO in some patients is also associated with side effects and higher mortality rate due to stroke and cardiovascular events. The discovery of the intracellular “machinery” and regulation of factors like HIF opened the way to the development of new drugs with new mechanisms that act through HIF prolylhydroxylase inhibition and increased production of erythropoietin. These new drugs can be used to treat anaemia of ckd in a way (many with the convenience of being administered orally) that can be of particular relevance in predialysis and peritoneal dialysis. In case of cancers, the oxygen sensing machinery can stimulate the production of blood vessels and the proliferation of cancer cells. There is intense research to develop drugs to interfere with the oxygen sensing machinery.

The extraordinary research of Kaelin, Ratcliffe and Semenza had the most significant impact on our understanding of the extraordinary relevance of oxygen in our lives. This projects brilliant future research pathways that will positively influence many patients, even those suffering chronic renal diseases. Extraordinary people deserve extraordinary recognition and the Nobel Prize certainly represents our admiration for these great scientists.