Lund, Sweden October 8th, 2018 – Diaverum, one of the leading renal care providers worldwide, announces the appointment of Dimitris Moulavasilis as the new President & Chief Executive Officer of the Group. He succeeds Dag Andersson who is leaving after eleven years in the role. The succession will become effective during Q4 2018. Dag Andersson will assume the role of senior advisor to Diaverum and retain his role as Chairman of Diaverum Arabia.

Dimitris Moulavasilis joins Diaverum from Affidea, the Pan-European imaging and cancer care group, where he served as Chief Executive Officer from September 2012 to January 2018.   Prior to his CEO role at Affidea, he served as Group Vice President Diagnostics from 2010 and held other roles within Affidea from 2005. He also held various positions at GE Healthcare. In 2017, he also served at the Health Imaging Advisory Board of IBM Watson.

“We are delighted to have Dimitris joining us to lead Diaverum to its next stage of development,” said Alan Bowkett, the chairman of the Board of Diaverum. “Dimitris is an international executive with many years’ experience in healthcare and is a proven multi-country operator. His leadership in contemporary healthcare trends, his proven operational skills and his expertise in digital transformation and care standardisation make him the ideal leader to drive Diaverum towards its future ambitions”

“On behalf of the board I would like to thank Dag for transforming Diaverum from a small division of a medical devices company into one of the leading global health service providers with an outstanding record of growth and patient outcomes. We are delighted he has accepted our request for him to continue to advise us," concluded Alan Bowkett.

“I am honoured to be chosen to lead this outstanding organisation,” said Dimitris Moulavasilis. “Diaverum is a global, leading renal care provider built on strong foundations of medical excellence, outstanding people and solid growth execution. An organisation with a deep patient-centric culture, and a vision and mission in line with my values and history. I am looking forward to start working closely with the Board and the Executive team to realise our future growth ambitions, continue innovating and strengthening our superb medical service and together developing the digital global healthcare organisation of the future”

Dag Andersson said: “After 11 years of building Diaverum from a European company to a global player, it‘s time to hand over the reins to a person who will continue driving Diaverum’s growth agenda for the next decade. I am very proud of what the Diaverum team has achieved and look forward to continuing contributing to the growth agenda via my role as senior advisor as well as focus on a key market such as Saudi via my role as Chairman of the Board of our Middle East entity. We have managed to recruit a strong successor with a great profile and background to take over the role as CEO and I look forward to supporting his transition into the role.” 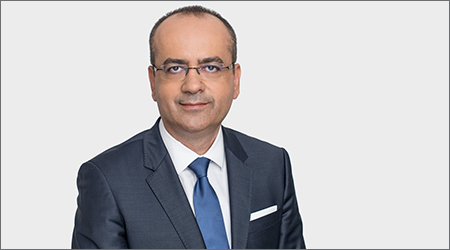